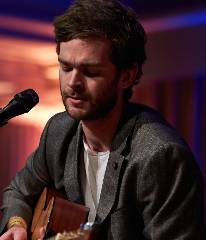 Chris Cleverly has crafted a reputation as a songwriter of singular ability with characteristic original and traditional material that has resonated deeply with audiences up and down the UK. His unique brand of contemporary folk contrasts the calming, pastoral influence of a childhood spent roaming the foothills of the Brecon Beacons and Cornish coastlines, with the anxious frenzy of an urban mind shaped by 29 years in the UK’s bustling second city.

The raw and at times unsettling honesty of his lyricism is said to sit curiously over the delicate intricacy of his finger style guitar and banjo. With guitar playing ancestry pulsing through his veins, Chris is fast gaining the accolade of being among the most masterful players on the scene. Continuing the legacy of his heroes such as Nic Jones and John Renbourn his playing style faithfully captures the essence of the folk revival and its musical heavyweights.