We are pleased to welcome three finalists from New Roots 2017 to play for us this evening. They really impressed us at the Final Concert and we look forward to seeing them bring their talents to a wider audience as they become more well-known on the Folk Scene. 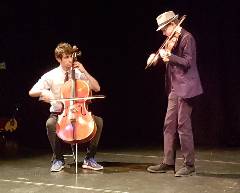 Bow by Bow rearrange traditional English, Scottish, Irish and Breton tunes, and play a little jazzy stuff too. Noah (fiddle) and Alex (cello) have been busking on Oxford’s streets for five years and have played to packed pub gardens in Jericho. They are very probably Oxford city’s finest under-16 folk fiddle and cello combo. 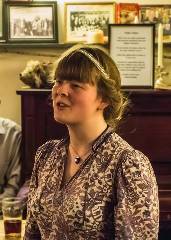 Megan  is a singer of traditional songs, usually unaccompanied in pub sessions. She also loves to sing in harmony with others and has performed solo spots at the Everyman and Hadleigh folk clubs, the Shannonside Winter Music festival in Ireland and at FolkEast festival. Megan sees each folk song as a voice speaking from the past and tries to communicate this through her singing. 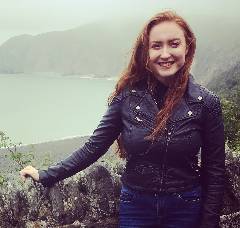 Bláthnaid Lynn was brought up in Northern Ireland and Devon and has been involved in music all her life. She has sung at various folk festivals and folk clubs throughout the UK; has on one occasion performed on stage with British folk band The Levellers; and in 2015 she won the Gaelic Voices Competition. She has a passion for all types of folk music and enjoys putting her own special spin and interpretation on traditional pieces.