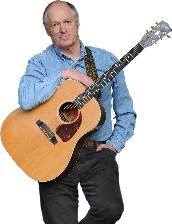 Once described by the Boston Globe as ‘an angry, smart, and funny man’, Terence Blacker is a songwriter, singer and author who has sung and read at festivals, clubs and theatres in the UK, Europe and America. His songs have been compared to the work of Jake Thackray, Tom Lehrer, Noel Coward and Jacques Brel, but his style is very much contemporary and his own.

Terence was already an established author when he started writing and performing his songs in 2009. His musical storytelling – offbeat, funny songs capturing the lives of modern-day misfits and outsiders – quickly found a following at folk clubs and festivals. Cover versions of one of his early songs ‘Sad Old Bastards With Guitars’ have been played around the world and on YouTube, where a video based on the song has had almost 21,000 hits, it was described as ‘truly a really great song’ and ‘No 1 – just the best’.