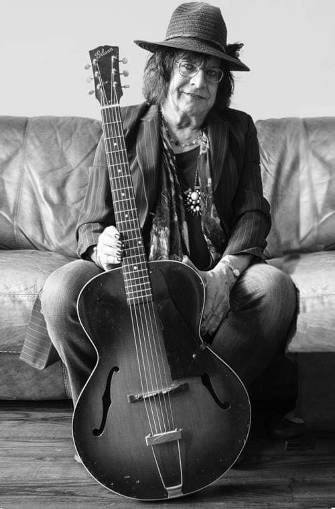 Watford Folk Club is shocked and saddened to hear about the sudden death of Vicky Martin of The Delta Ladies.

Vicky sang and played guitar, banjo, Kandela and Irish Bouzouki. She was the writer of many the Delta Ladies’ original tunes. Vicky was interested in music right through the sixties and seventies and was initially influenced by the great players who were around throughout that period, Clapton, Hendrix whom she met, The Stones, and the music of Miles Davis and Bob Dylan remained her constant favourites.

She will be greatly missed.

The Delta Ladies were booked to play at Watford on 17th May and we were really excited to welcome them. It is with great regret and sadness that we advise that the gig will not now go ahead.
Clive Carey from Chesham Folk Club has kindly agreed to perform for us on that night.
More details to follow.